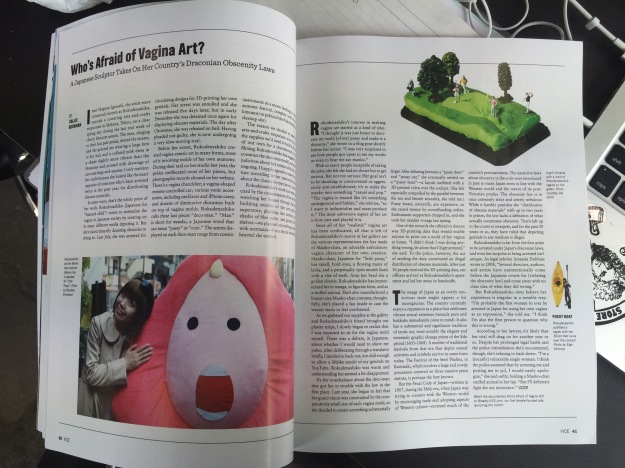 https://broadly.vice.com/en_us/video/whos-afraid-of-vagina-art
In July, artist Megumi Igarashi, a.k.a. Rokudenashiko, was arrested on obscenity charges after building a vagina-shaped kayak and distributing data that would allow people to 3D print a model of her genitals. She was released shortly thereafter but re-arrested again in early December; the day before Christmas, she was released on bail. She is currently undergoing a lengthly trial. If she’s found guilty, she faces up to two years in prison and a $20,000 fine.
There’s not much nuanced coverage of her case in Western media, but some experts say that it could be a landmark case for Japan, where strict obscenity laws forbid the depiction of genitals in all mediums, including art and pornography. However, despite these laws, traditional Japanese festivals persist–many of which openly celebrate sex organs. We went to the annual Festival of the Steel Phallus, at which revelers gather in the streets to watch a procession of massive penis statues, to try to make sense of this contradiction: Why is a 3D-printed vagina classified as obscene, while a penis parade is seen as family friendly? 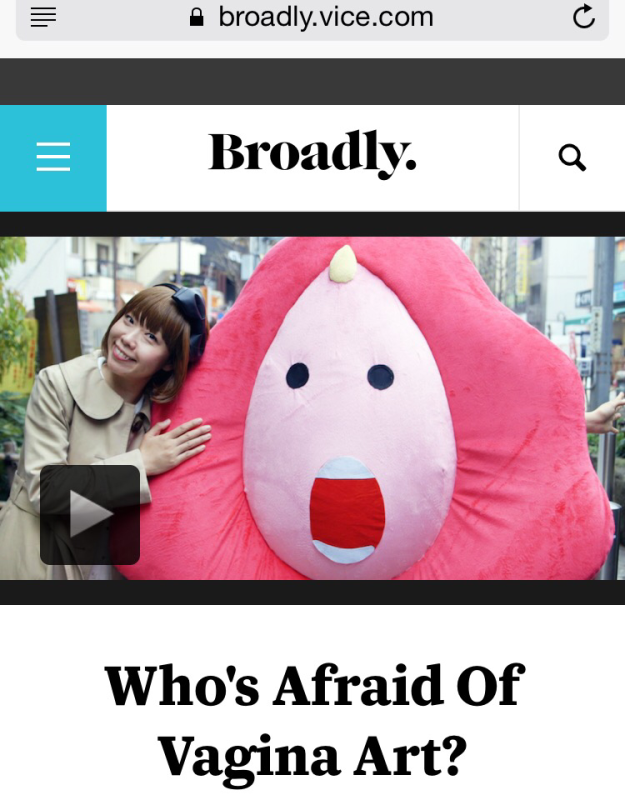 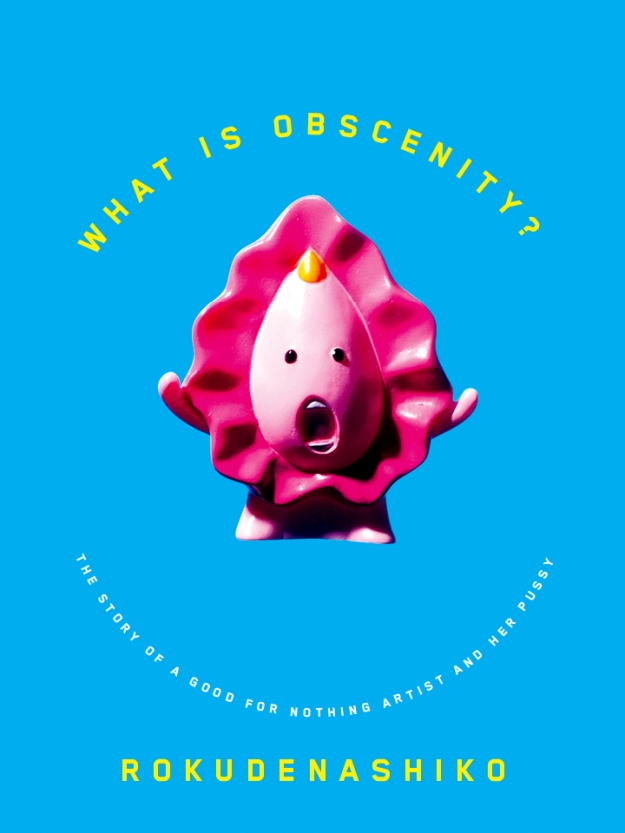 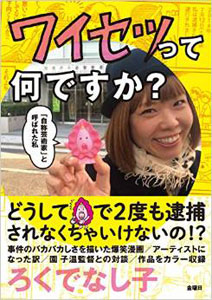 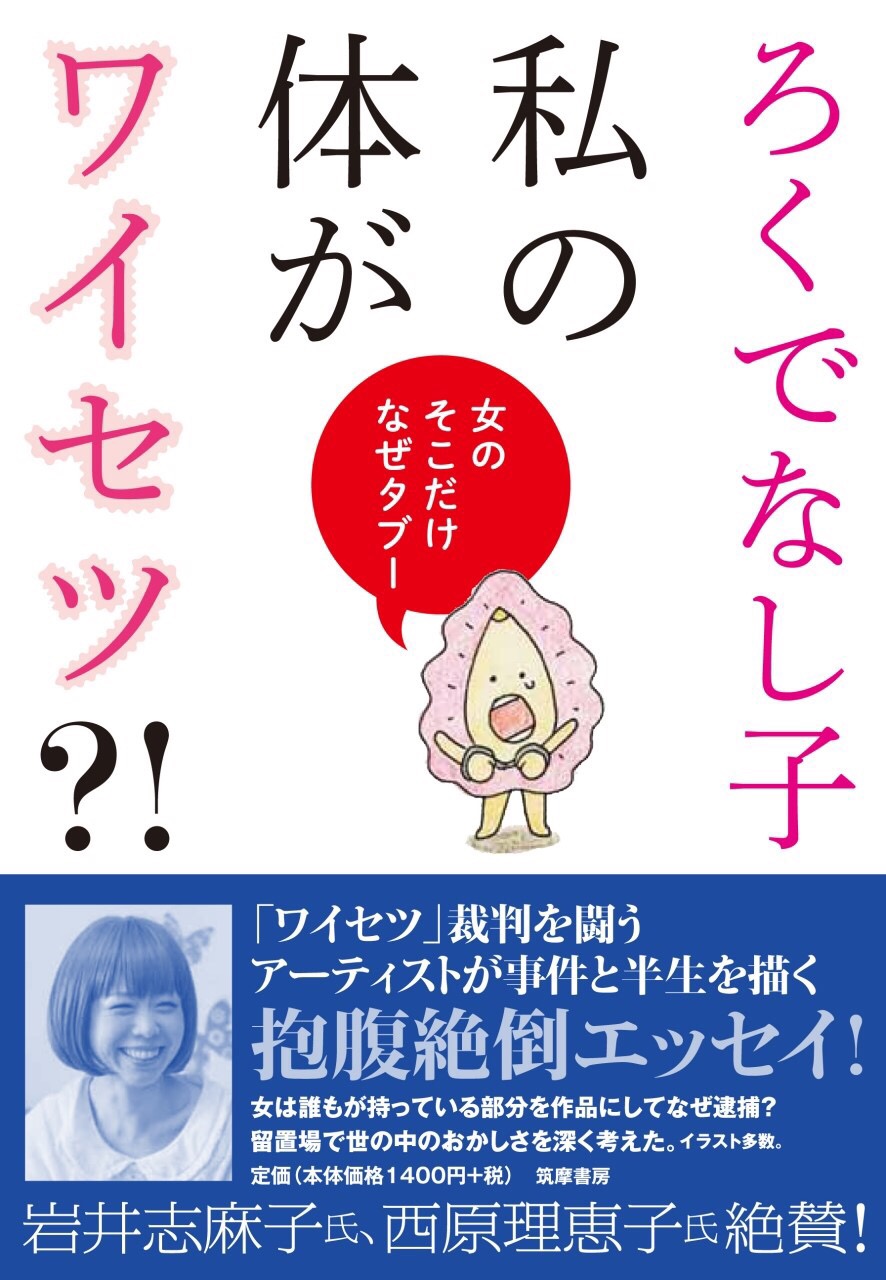